Human Rights Centered on People, a Necessary Framework to Counter the Dangers of Neoliberalism 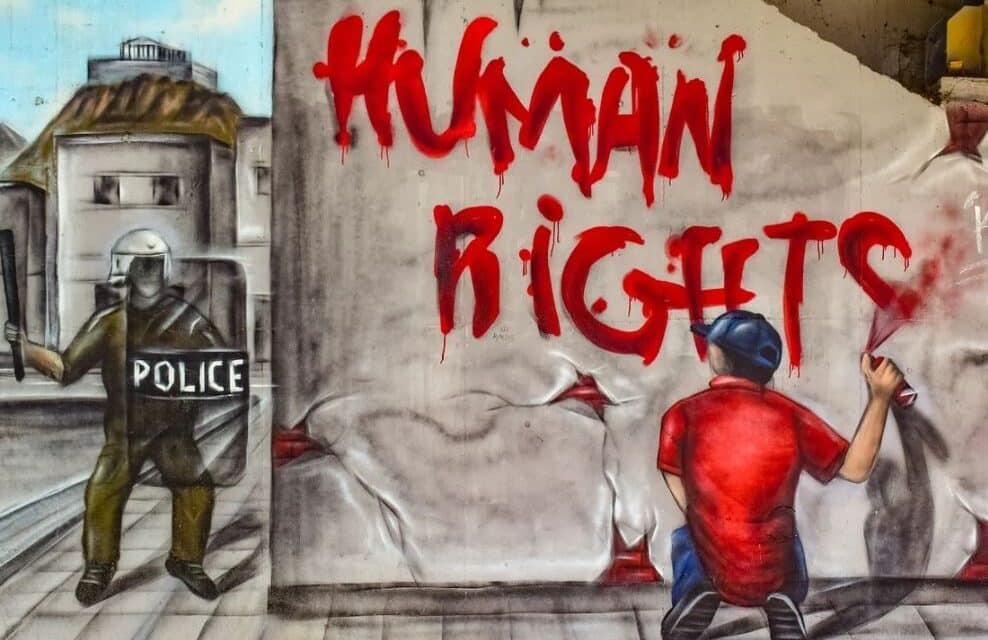 Two centuries ago, a former European colony decided to catch up with Europe. It succeeded so well that the United States of America became a monster, in which the taints, the sickness, and the inhumanity of Europe have grown to appalling dimensions. ~Frantz Fanon

On December 10, 1948, the Universal Declaration of Human Rights (UDHR) became the first of a series of covenants, treaties, and legal interpretations that would define the post-war human rights framework.

The history of struggle that produced the UDHR, beginning with the 1945 convention in San Francisco that created the United Nations, is tumultuous, and it is not possible to discuss it here in full.

Nevertheless, it is critical that Black activists be recognized for their role as central players in UN processes and debates between 1945 and 1951 in the historiography of Black activism. I think it’s fair to say that human rights still have a contentious ideological character.

The understanding of what constituted human rights mirrored the post-war ideological polarization that started to reemerge between the Soviet Union and the U.S. and its allies.

Human rights, according to the U.S. and Western European powers, were civil and political with economic, social, and cultural rights (ESCR) — like the right to healthcare, housing, food, education, leisure, and the practice of one’s language and culture — being merely aspirational. Consequently, the breakdown between the two approaches was between the West and civil and political rights grounded in the individual, and the East championed collective ESCR’s.

Operating from the narrow perspective that marginalizes ESCR’s, but champions political rights, U.S. president Joe Biden is exploiting human rights day to advance the obscene notion that the U.S. and by extension the colonial states of Western Europe are somehow the defenders of “human rights.”

The idea that Western colonial/capitalist states were defenders of human rights struck many in the colonized South as either delusional or an affirmation that in the eyes of the West they were not human. For the colonized and racialized who were burned alive, tortured, and murdered by these champions of human rights, it was understood that whatever human rights were supposed to be they did not include the racialized and colonized peoples of the world.

Yet, the fiction that Western societies were committed to human rights persisted in the colonial metropoles. Today, however, after the forty-year onslaught of the neoliberal counterrevolution that begin in the global South in 1973 before moving on to Northern economies, the brutal contradictions of capitalist accumulation meant that the capitalist bribe offered to workers in the North during the post-war years until the 1970s, was withdrawn.

The global economic crisis of neoliberal capitalism exacerbated by the pandemic exposed the ethical, moral, and political contradictions of the liberal human rights framework. The massive economic displacements with hunger, unemployment, and unnecessary deaths that occurred among the population of the United States, with a disproportionate rate of sickness and hospitalization among non-white workers and the poor in the U.S., were never condemned as violations of human rights.

Even though the liberal human rights framework gives a begrudging acknowledgment to ESCRs in its founding documents, in practice liberal capitalist states have been uneven in providing ESCR protections. The U.S., however, has been the most successful in separating the idea of fundamental ESCRs—like the right to health, food, housing, education, a means to subsist at an acceptable level of material culture, leisure, and real, life-long social security—from democratic discourse on what constitutes the responsibility of the state and the interests and rights the state should uphold in order to be considered legitimate.

Therefore, similar to Obama’s assertion that war is only a war when U.S. military personnel die, U.S. policymakers, the press, and consequently, the public do not apply a human rights lens to state and private capitalist policies. In other words, human rights violations did not occur with Covid because it was determined that whatever occurred in the U.S. they would not be defined as human rights violations.

This categorical conversion and alternation of reality are precisely how the U.S. can continue to assert that it is a champion of human rights, and get away with it, at least for the U.S. public.

But the dangerous contradictions of liberal human rights do not stop at the level of domestic policies.

Operating from the ideological position that human rights are only civil and political such as the right to vote, speech, assembly, etc., and the false premise that human rights are natural, objective, and politically neutral, the liberal framework was able to be further weaponized by neoliberals in the nineties as an ideological instrument that rationalized naked imperialist interventions.

Humanitarian interventionism (war) and the “responsibility to protect” became the contemporary expressions of the “white man’s burden” to save natives in the global South from their autocratic rulers. This insidious, white supremacist construction then metastasized from its liberal base into left circles and left discourses with the being left forces giving ideological cover for imperialist interventions and, consequently, making it very difficult to oppose attacks on non-European global South nations.

It simply did not dawn on them that the “autocratic” rulers to be deposed were usually in nations that were attempting to resist complete domination by the U.S. and its European allies. From Cuba, Iraq, Libya, Syria, and Iran to North Korea and Venezuela, subversion, direct military interventions, proxy wars, and sanctions were all deployed to “save” the people from their oppressive rulers.

And it did not matter if tens of thousands died from the wars and sanctions that denied population medicines, the white West determined in their privilege and safe capitals thousands of miles away that these losses were acceptable collateral damage to preserve democracy and “human rights.”

The Imperative to Decolonize Human Rights

Oppressed people, whatever their level of formal education, have the ability to understand and interpret the world around them, to see the world for what it is, and move to transform it. ~Ella Baker

This cynical ideological manipulation of liberal human rights is the reason so many around the world turned away from using this framework. Yet, from W.E.B. Dubois and Claudia Jones through to Malcolm X, the Black Panthers, and on to the Mississippi Workers Center for Human Rights of today, the radical Black movement still frames crucial elements of the struggles being waged by Africans within the vocabulary of human rights. Are Africans in the U.S. mistaken by using terms like human rights or are we operating from a different framework?

I have argued that from the moment that Black activists first articulated a position on human rights in 1945 that made the fundamental connection between the need to eradicate racial oppression and exploitation in the U.S. and European colonialism as a prerequisite for the realization of human rights, we were operating from a different framework: a framework I labeled as a “People(s)-Centered Human Rights (PCHRs) framework.

The assumption of the PCHRs frame is simple and clear. If human rights are to have any relevance for the oppressed, they must be “de-colonized” and given meaning by the oppressed themselves.

And what are People(s)-Centered Human Rights (PCHR)?

The PCHR framework does not pretend to be non-political. It is a political project in the service of Africans and the colonized working classes, peasants, and socially oppressed.

They are “those non-oppressive rights that reflect the highest commitment to universal human dignity and social justice that individuals and collectives define and secure for themselves through social struggle.”

This definition is a description of a process and an ethical framework as opposed to a pre-figured list of items defined as representing human rights. This is one of the key differences between the liberal framework and PCHRs. The PCHR approach asserts that human rights must be created from the bottom up.

The PCHR framework rejects the idea that human rights only emanate from legalistic texts negotiated by states, as important as some of the principles represented in some of the texts. PCHRs are a creation of struggle and emerge from the people in formation. Unlike the liberal frame that elevates mystical notions of natural law (which is really bourgeois law) as the foundation of abstract rights, the “people” in formation create the ethical foundation and are the source of PCHRs.

The process is open-ended. It is informed by the needs and aspirations of the oppressed and serves as both a counternarrative to the ideological and cultural hegemony of capital and a guide to action. It is based on the assumption that a set of “human rights” can only emerge as part of a de-colonial liberatory process.

The people-centered framework proceeds from the assumption that the genesis of the assaults on human dignity that are at the core of human rights violations is located in the ongoing structural relationships of colonial/capitalist oppression. Therefore, the PCHR framework does not pretend to be non-political. It is a political project in the service of Africans and the colonized working classes, peasants, and socially oppressed. It names the enemies of freedom: the Western white supremacist, colonial/capitalist patriarchy.

So, we are not confused by or distracted by the clownish antics of Joe Biden with his democracy summit or surprised that the flaccid reforms of the “Build Back Better“ legislation were whittled down and then emptied of content. The bourgeoisie is clear and quite serious about the class war that they are waging.

That is why we must be clearer and more determined. Our lives and the planet depend on whether or not we are able to defeat the Pan-European white supremacist colonial/capitalist patriarchy that would rather destroy the world than surrender power.

Defeat, therefore, is not an option.

The realization of authentic freedom and human dignity can only come about with this victory. With PCHRs, we have an ideological weapon. A weapon that envisions, centers, and legitimizes the understanding that it is only through a social revolution that human rights can be realized.

It is posted here with some minor modifications