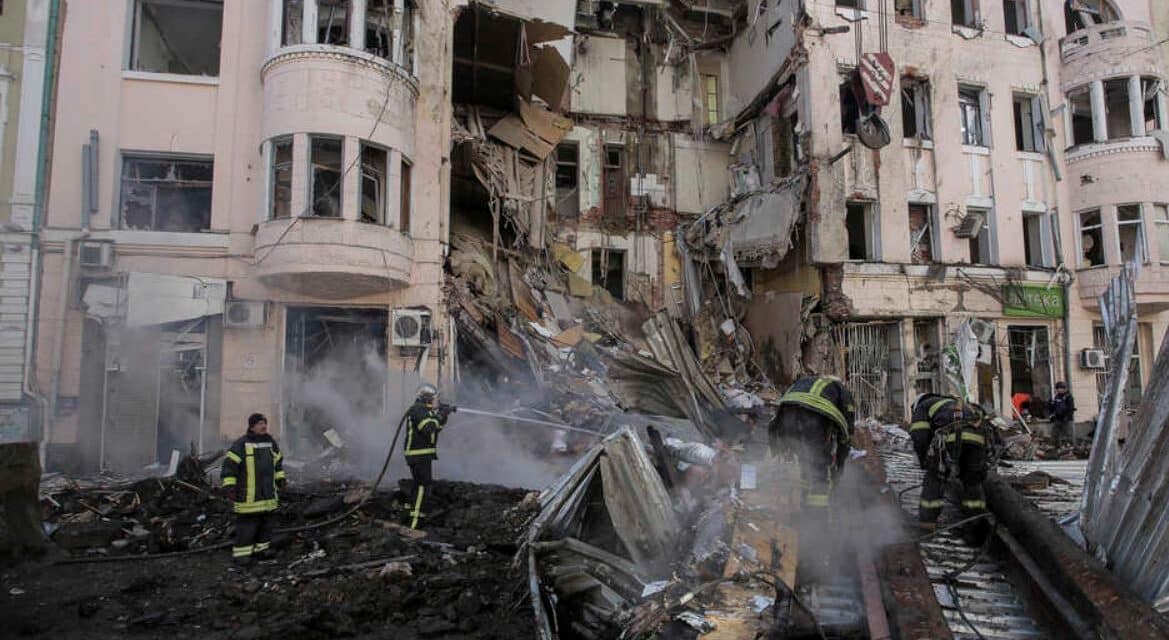 Yesterday (3/17/22) the New York Times had a front-page headline telling us that Ukraine after being battered militarily is seeking momentum.

The Wall Street Journal also yesterday, in its lead editorial “Why Not Victory in Ukraine?”, provided an ample listing of weapons that the Ukrainians could be acquiring to fend off the Russians.

Every day we are witnessing on TV the battering the Ukrainians are receiving. We are seeing it 24/7. In The Wall Street Journal editorial, if you are able to read between the lines, you will realize that the gist of the article is exactly why we are egging on with fantasies of the Ukrainians and everyone else in the West that is supporting them.

Now that we are not involved in any other third world war, the pockets of the military-industrial complex (MIC) need to be replenished through Ukraine. Our MIC is very eager to continue the fight against the monster Putin until the last Ukrainian! So, of course, the talk about peace is for sissies. There are still many more Ukrainians to fight with.

So what about ending this massacre that we are watching on TV every day? We get an eyeful about all the atrocities being committed by the Russians, but we don’t talk about what they are saying.  We talk about what we would like them to be saying, but we don’t say that they have said their purpose is not to occupy Ukraine, we don’t say that their stated purpose is to get from Ukraine written guarantee that they will remain neutral, like Austria and Sweden, and keep NATO away from its territory.

We are not told that they have said they will start withdrawing from Ukraine in a moment if their demands are met. I am sure many will say that Putin can’t be trusted. Written agreements are the basis of legal human interaction. It seems to me that Russia could guarantee its exit from Ukraine in exchange for neutrality and the incorporation of Donetsk and Luhansk into Russia. Remember that it was the continuous military assault of the Ukrainian government on those two provinces that triggered the start of this war.

The eyes of the world would be in that agreement. Nobody wants to watch a massacre 24/7.