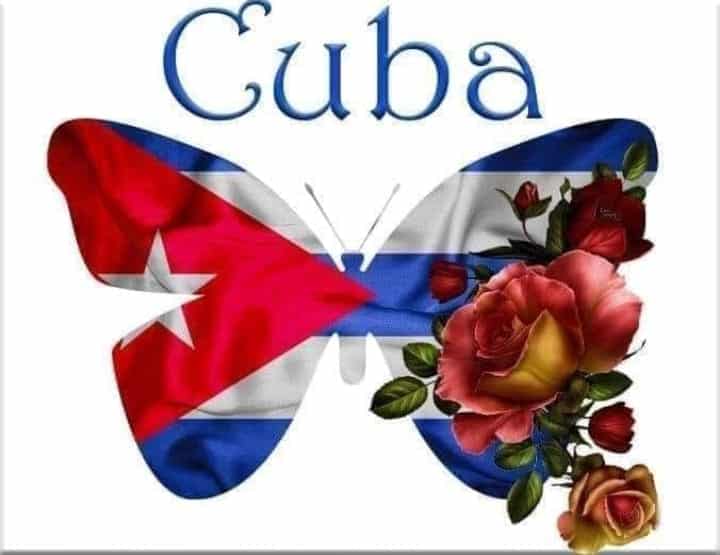 As a result of the article published yesterday, “A Great Week to Talk about LOVE: Real Love, the One That Serves as a SPEAR and a SHIELD, not an EXCUSE”, we have received hundreds of comments and messages, mostly supportive, but also many questions, doubts and diverse opinions about the possible and essential COLLABORATION or UNITY of the forces that, in a thousand different ways, are fighting to end the Blockade against Cuba, and that it is fair to acknowledge that these days we are quite DIVIDED. Hence, some inconclusive clarifications are necessary.

The Cuban revolutionary project has survived more than 60 years and it is the sovereign will of its people that it continues, with or without the Blockade. In the struggle that we are continuing today there have been many participants, but only one MAIN PROTAGONIST, only one HERO, and only one LEADER: the Cuban people, headed by their Government and their Party.

Promoting the fight against the blockade is, ABOVE ALL, a human phenomenon. Defending the Cuban Revolution is, FIRST AND FOREMOST, a political-ideological phenomenon. Since it is the same subject that coincides in time and space, both phenomena are very close and have many points in common, YES, but they are not the same. And mixing them may not only be a mistake, but it may also weaken the movement.

Those of us who defend the Cuban Social Project may have our differences in terms of some of the details or levels of intensity, but we all agree on two things:

1) the Cuban Revolution should keep moving forward into the future, and

2) the Blockade IS KILLING PEOPLE and needs to end NOW, but we are not the only ones who can take part in this struggle. Let’s take a look at THREE GROUPS also involved in this battle:

Can there be COLLABORATION with those few Trumpists and ferocious anti-Communists who are against the Blockade of Cuba, either because they have a lot of family on the Island, because they think that it is the only way socialism will fall or because of something else regarding the blockade? Well of course. As long as we do not make concessions on principles. And I say WE, because it is eminently clear that THEY don’t, nor are they willing to.

Can there be COLLABORATION with that other -much bigger- group that is calling for the reopening of the Embassy, administering visa and family reunification applications without demanding the lifting of the Blockade? Of course, yes, as long as, on every platform where we talk about it, we continue to insist that what is truly important and truly necessary is to remove Cuba from the infamous “State Sponsors of Terrorism” list (a list to which Trump arbitrarily added Cuba, with no evidence, eight days before the end of his term in office, making Cuba one of only four countries designated by the US as sponsoring terrorism, thereby joining Iran, North Korea and Syria), the unconditional lifting of the unjust and illegal sanctions and the unfettered respect for the sovereign will of the Cuban people, confirmed by the overwhelming support for their recently approved Constitution.

Can there be COLLABORATION with those who raise the exclusive flag of love in this anti-blockade struggle, with those who settle for ambiguity and do not assume clear positions, refusing even to condemn the vile events of July 11, with those who do not define themselves on political or ideological matters, but take action and encourage others in calling for the lifting of the blockade? Well, clearly yes. There can and should be collaboration, respect, common actions… as long as we are clear that our arsenal of tools is much broader than the inconclusive statement of “love and peace” and that our principles, positions and loyalties are not negotiable.

That’s called SPACE TO MANEUVER. That’s called the NEED TO WIN THIS WAR. For Cuba, for our people, for our children, for ourselves. As a result of the article on love, a friend reminded me recently of the phrase of a famous coach that we both knew: “you have to ask each one how much s/he can give”.

However, none of the above allows us to avoid answering TWO INEVITABLE QUESTIONS:

No. WORK TOGETHER, yes. SUPPORT EACH OTHER, yes. Unity, no. The first is made up of occasional allies, with temporary “associates” for certain purposes. It is based on respect for diversity and the identification of a common purpose. The second requires a common ideology, a communion of fundamental values based on a main purpose, an idea of a shared future.

The thousand times necessary unity of today’s revolutionaries is above all the unity of ideas and especially, unity in the struggle for Socialism, in Cuba and in the world. In this fight, we will have to COOPERATE with many, many people, to take advantage of the points on which we agree and accept that outside of ourselves there is a very diverse spectrum of interests and opinions. And collaborating is about persuasion based on ideological grounds, it is not about thinking or acting like them, nor forging unity with them. In our case, as Silvio rightly said, «my fierce love is a bright sun for whoever deserves love”.

Let’s not fool ourselves: between those of us who defend the Cuban Revolution or, like many of us, the Global Revolution that leads to Progress and Social Justice everywhere, and those three groups, there is an almost insurmountable abyss that perhaps no bridge can span, since it is based on differences in interests and in expectations, and that is only resolved by those who take, wield and exercise POWER. Stating this openly clearly cannot DAMAGE unity, because that sort of unity does not exist, nor can it.

We all need to grow up once and for all (and I include myself). Let’s stamp out that little human pettiness that sometimes corrodes our insides and let’s march along every path we can with whoever we should and can march… and I’m going to finish speaking in exclusively personal terms on the respectful understanding that everyone can take it or leave it as they please:

* Those who hate the word Socialism, those who want to “reunify” with their families but do not give a damn about the fate of the relatives of others, those who absolutize love as the only weapon in the battle, those who do not condemn the Janissaries so as to avoid getting into trouble, those who use new technologies to make fun of and/or make money from such a sensitive issue, and even those who have made THIS a source of their livelihood… WELCOME TO THE FIGHT AGAINST THE BLOCKADE!  As long as they contribute something positive, useful, usable.

They are not and will never be my brothers, we can share bread, but not the trench and they will never make me sacrifice my principles, but we can support each other and work together so that this terrible monster one day ceases to exist.

* As for everything else, it depends on each specific case, because rather than being about «groups» it is about «individuals». They may be our enemies, our adversaries, our collaborators, or simply people we pass along the way without touching. As for everything else, we will use LOVE, our concept of love, as a SHIELD when it is time to dodge a blow, and as a SPEAR when it is time to deliver one… But in the fight against the Blockade, once and for all, LET’S MARCH TOGETHER.