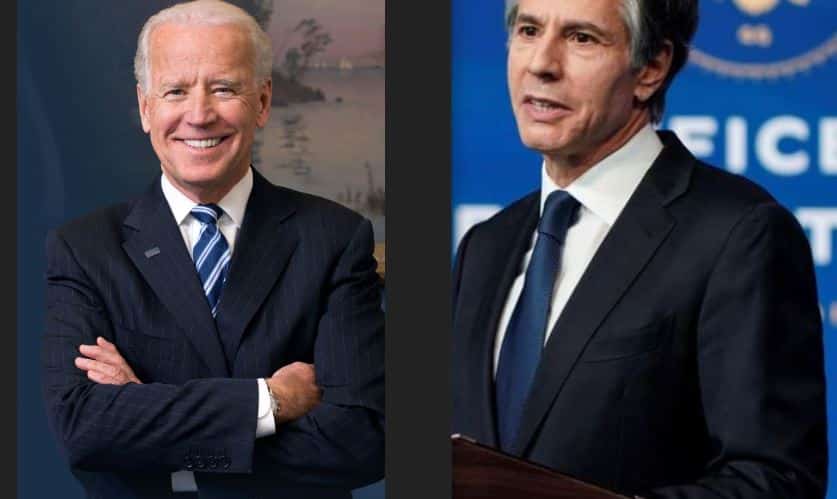 The highly regarded American philosopher and linguist, Noam Chomsky, in a July 29, 2015 article in the digital newsletter Salon, “Noam Chomsky: The United States is Totally Isolated”, stated the reasons he believes the United States is totally isolated. Some today will say that was during the Trump years as if America’s foreign policy will go through much change because of who is president.

But this wasn’t during the Trump years, this was in 2015 when Obama was president. And Obama arguably could be said to be the most popular American president of the last quarter of a century.

In the article, Chomsky mentions how we have always coveted Cuba and that desire has left us and our often-Western hemisphere companion, Canada, to take positions regarding Cuba that have left both countries isolated from the rest of the nations in the hemisphere. As it happened in a 2012 OAS conference in Santiago, Chile, as noted in the article there were no decisions that could be agreed to because decisions had to be arrived at by consensus, and the US and Canada were blocking every decision. The major ones were regarding Cuba.

Come 2015 and at another hemispheric conference, the Summit of the Americas, by that time Obama had wised up and realized that the policies towards Cuba needed to be changed by 180% so he started working towards normalization of relations with Cuba. And, consequently, prevented the US from getting kicked out of future hemispheric conferences. Move forward to 2022 and the US is back again trying to kick out Cuba again from the Summit of the Americas and possibly including Venezuela and Nicaragua in the uninvited list since both are seen as unconditional regarding Cuba.

Chomsky also refers to the UN vote in regard to the Cuban embargo and the fact that only Israel votes with the United States in support of the embargo. Last year’s vote was 184-2. Add to the Cuban fiasco; Iraq, Afghanistan, Libya, Haiti, Honduras, and now recently Pakistan, and what we see is a world highly concerned about the United States’ wrongheaded foreign policy always looking for the opportunity to create regime change to place in control somebody that the US can control. And now we are in the midst of a crisis that looks like the most devastating chaos could very well be on our side.

Since 2014, as per United States government records, the United States has spent $7.3 billion in assistance to Ukraine. In addition, the United States has provided three sovereign loan guarantees totaling $3 billion. On April 28 of this year, President Biden asked Congress for an additional $33 billion for Ukraine. That’s money being provided from the government coffers by mainly middle-class taxpayers. As we know most very wealthy Americans pay little in taxes thanks to tax havens and loopholes that fancy accountants use to hide the money of the very wealthy.

We also know our nation is going through a major housing and healthcare crisis together with high inflation on items of daily necessity for the American people like food and gas. The prolongation of the war will make these crises even more difficult to deal with. Our nation’s economy has just shrunk 1.4% and there are fears among economists that we are heading for a recession.

President Biden tells us that we have to buckle up and do our part. The logical thing to do considering our situation is that we should be working overtime looking for peace in Ukraine. The Russians have already said that they are not looking for regime change nor to keep any part of currently constituted Ukraine. They keep repeating that they just want a written guarantee that Ukraine won’t become part of NATO, an organization started in 1949 for the main purpose of battling the then-Soviet Union. Plus, regional autonomy for the provinces of Donetsk and Luhansk.

It appears that our government is now looking for a repeat performance this time with Ukraine as the cannon fodder. With the expectation that a long war in Ukraine will lead to regime change in Russia. Sadly, peace is not what we are looking for in Ukraine.

Then what’s next? We will keep spending billions of dollars trying to maintain the Ukrainians properly armed so that they can keep fighting the Russians until the last Ukrainian. In the meantime, the magnificent Western propaganda machine will be doing its best to penetrate Russia and provoke unrest amongst the Russian people.

Most sane people are against wars, but war by proxy is much easier to morally justify. We are not seeing the caskets of our dead soldiers arrive on our shores. Of course, as the war prolongs a simple mistake could lead to grave consequences when the battle is really between two heavily armed nuclear powers.

And as the war continues, we can expect the standard of living of the American people to decline even more as there is no will to correct the unfairness that is leaving the USA with the highest income inequality in the developed world and the inability to deal with the problems that are crushing the American people. Chaos in America is not too far behind.